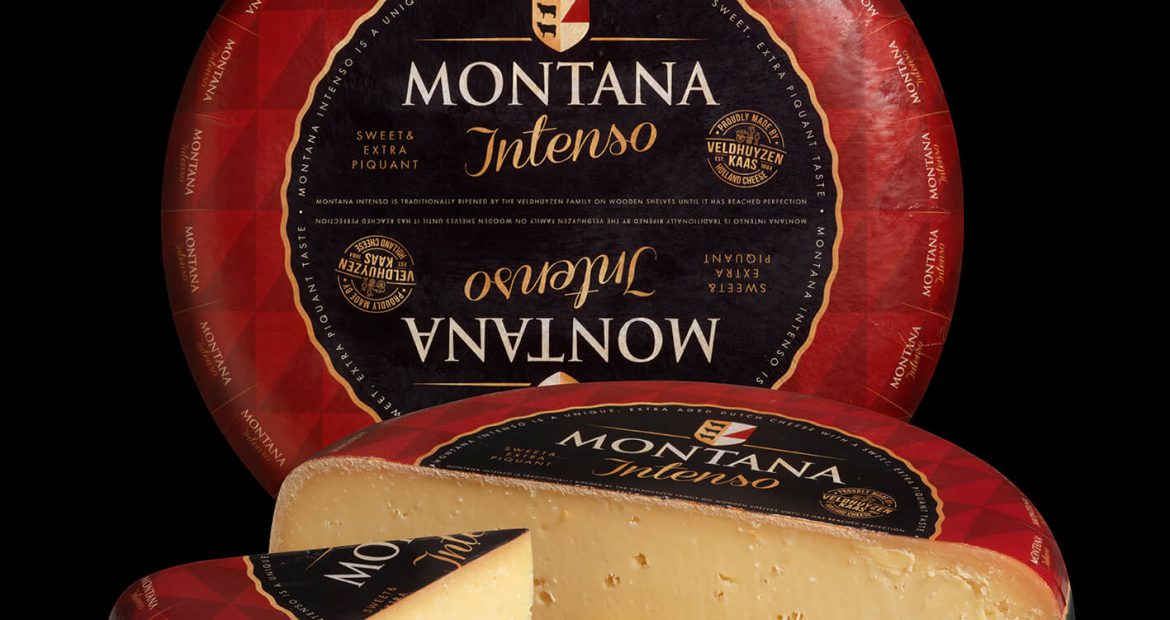 Montana Intenso cheese, produced by Veldhuyzen Kaas, based in Bodegraven and part of MAAZ Cheese, was awarded the title ‘Best Dutch Cheese’ during the International Cheese Awards 2019.
Veldhuyzen Kaas received a whopping three Gold awards during the event.

Veldhuyzen Kaas is specialised in the national and international sale of Dutch cheese specialties. The brands Montana, Veldhuyzen, Basiron and Hommage are all well known around the world. Veldhuyzen Kaas has been awarded multiple times for bringing remarkable innovations and top-quality products onto the market. Veldhuyzen Kaas was acquired by MAAZ Cheese on 1st January 2019.

The International Cheese Awards, an event that takes place annually in Nantwich, UK, is one of the most prestigious cheese competitions in the world. During the event, professional judges judge more than 5,000 cheeses from 27 countries.

This website uses cookies to improve your experience while you navigate through the website. Out of these, the cookies that are categorized as necessary are stored on your browser as they are essential for the working of basic functionalities of the website. We also use third-party cookies that help us analyze and understand how you use this website. These cookies will be stored in your browser only with your consent. You also have the option to opt-out of these cookies. But opting out of some of these cookies may affect your browsing experience.
Necessary Always Enabled
Necessary cookies are absolutely essential for the website to function properly. This category only includes cookies that ensures basic functionalities and security features of the website. These cookies do not store any personal information.
Non-necessary
Any cookies that may not be particularly necessary for the website to function and is used specifically to collect user personal data via analytics, ads, other embedded contents are termed as non-necessary cookies. It is mandatory to procure user consent prior to running these cookies on your website.
SAVE & ACCEPT